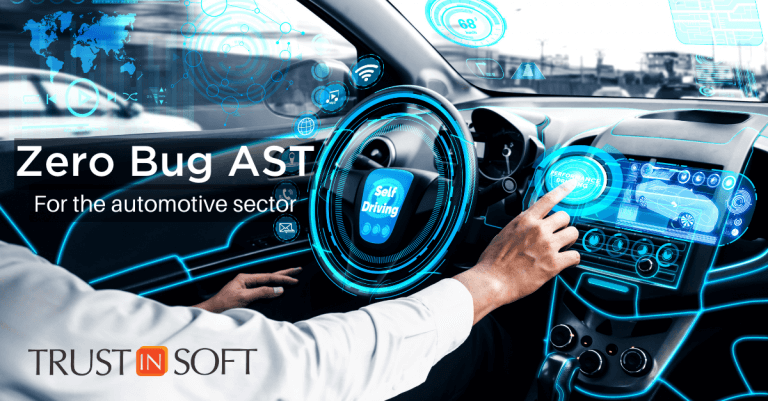 Today’s average car contains more than 100 million lines of code. In software development, it is accepted that there is an average of 1 to 50 defects per 1000 lines of code. Car manufacturers risk having thousands of potential defects that could impact the reliability, safety or security of their vehicles. TrustInSoft Analyzer’s new Zero Bug AST automates Formal Methods testing using mathematics to guarantee the absence of bugs by running an enormous number of tests with the click of a button. Tests accelerate compliance with safety and cybersecurity standards such as ISO26262 and ISO21434.