Cisco invests in the future of cybersecurity

TrustInSoft changing the rules in software development and vulnerability detection 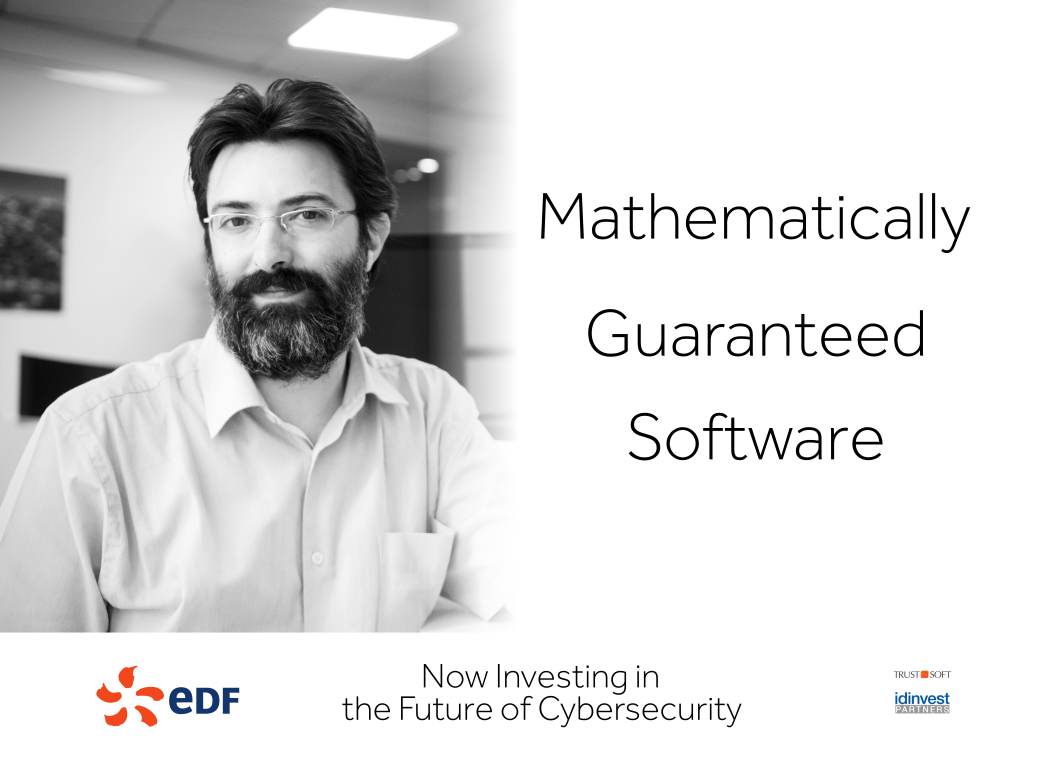 TrustInSoft raises $1.2M from Idinvest Partners to change the rules in software development and automate code vulnerability detection at a wide scale.

TrustInSoft is the first company to offer developers a guarantee on the quality of their code, a significant breakthrough for the software industry. After 10 years of R&D at CEA, the National Research Center in France, TrustInSoft has successfully applied its technology in critical applications for industry and detected crucial source code vulnerabilities. The company is now preparing the release of a SaaS version of its TrustInSoft Analyzer for commercial applications, making this powerful tool available to any software developer and enabling code vulnerability detection and remediation at a very large scale.
San Francisco, February 16th 2017 – A spin-off from the CEA (French Atomic Energy Commission), a widely acknowledged French research lab for industrial applications, nuclear energy and security, TrustInSoft has developed a novel technology capable of mathematically demonstrating the safety and security a software code.

The company, which was ranked among the top 10 most innovative companies at the RSA Conference in 2015, has been widely recognized in the United States and in Europe for its unique technology. TrustInSoft is one of few companies selected by the Linux Foundation for the protection of its open source software stack, and the only company recognized by NIST (The US National Institute of Standards and Technology) as capable of truly guaranteeing the quality of a software. TrustInSoft has already achieved strong commercial traction in the US, where it captures over 50% of its revenues.

“Our objective is to provide software developers the tools that guarantee the quality of the software they have developed” says Fabrice Derepas, the CEO of TrustInSoft.

“With this capital raise, we are going empower software developers with a game-changing technology that will enable them to guarantee the safety and security of their software from inception.”

TrustInSoft’s team is composed of distinguished mathematicians who started working together in 2006 at CEA to lower the cost of software certification. Their technology proved its efficiency in critical applications for key industries such as defense, aerospace and nuclear power. In 2013, the team set up a company to expand into new commercial markets such as mobile, telco infrastructure, automotive.

With this fundraising, TrustInSoft aims to make its technology available to wider audience of code developers around the world. The company will benefit from the support of Idinvest’s industrial sponsor , Cisco in particular. The technology will soon available online in SaaS: it will allow developers to detect vulnerabilities in code they have already written, or check real-time that software under development is immune to attacks, a particularly valuable asset for the Internet of Things and in mobile.

TrustInSoft’s technology platform has game-changing potential for new markets such cyber insurance and or technology certification, whether by national regulators or private industry.

Julien Mialaret, Operating Partner at Idinvest Partners – the French venture capital firm which has supported technology companies such as Criteo and Talend in the U.S. until their IPOs on Nasdaq – comments on the firm’s first investment in cybersecurity: “we were really impressed by the disruptive potential of the technology, as were our industrial sponsors. The founders of TrustinSoft have tremendous scientific backgrounds and the company solves a crucial problem for the software industry: developers willingly or not, often overlook code vulnerabilities or sacrifice the quality and security of their code to accelerate the time to market of products and applications. Their clients often get caught up later by attacks that cause irreversible damages to their reputation”.

TrustInSoft, a software company based in Paris, France provides source code analysis which mathematically guarantees that source code is immune to all known family of vulnerabilities and attacks. With clients distributed in the United States and Europe, TrustInSoft is transforming the software market by providing insurance on the reliability and security of software products. TrustInSoft clients have successfully used the software for critical applications (defense, aviation, nuclear power) and the software’s is gaining commercial traction is wider range of sectors where rapid digitalization is a key factor for success.

Idinvest Partners, with assets under management of over €7 billion, is the largest venture capital investor in continental Europe and one of the most active investors in the European mid-market segment. Idinvest has supported over 160 high-tech companies to date and has specific expertise in information technologies (internet/media, software and telecommunications), new energy and environmental technologies, mobility and healthcare (biopharmaceuticals, diagnostics and medical instruments). Idinvest Partners benefits from the support of blue chip corporates such as EDF, PSA and Cisco who are investors in several funds managed independently by Idinvest (Electranova Capital II, Digital Fund II). These funds leverage the business partnerships, technical collaboration and sales references provided by corporate sponsors.